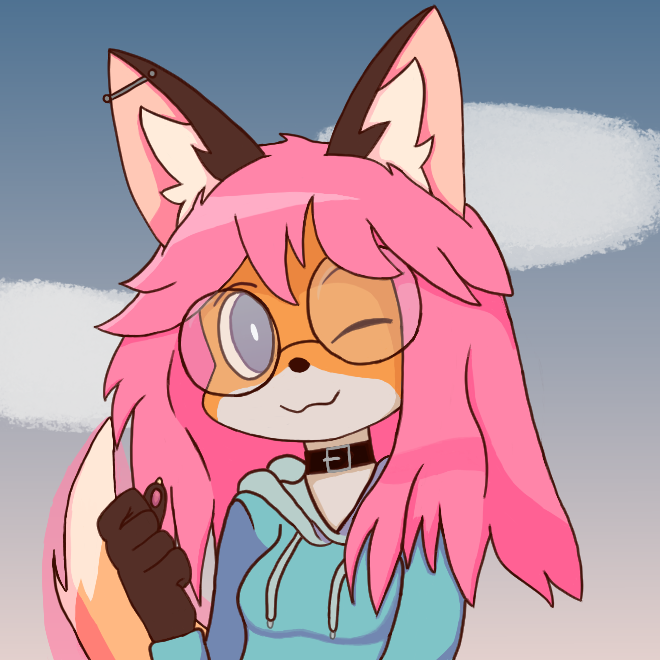 From August 13th to August 21th, the development time of ModFest: Singularity was running high, and I wanted to participate.
I wondered for a while which mod would I make. And I landed on the idea of Affectionate.

Affectionate is a Minecraft mod about affectionate player interactions. Those interactions at the time of release were lap sitting and a heart emote.
I spent quite the amount of time on it, the technical details behind it are quite fun, especially for the lap sitting, but this isn't what it's about.

As I'm used to, when I release a mod that I'm happy enough to share with a wide public, I upload to GitHub releases, Modrinth, and CurseForge. However not everything went as planned.

Let's take a quick look at the lap sitting feature, and trust me it's relevant.

The feature allows a player to right-click a player who is currently sitting (with some other conditions to exclude some entities) and sit on their laps: 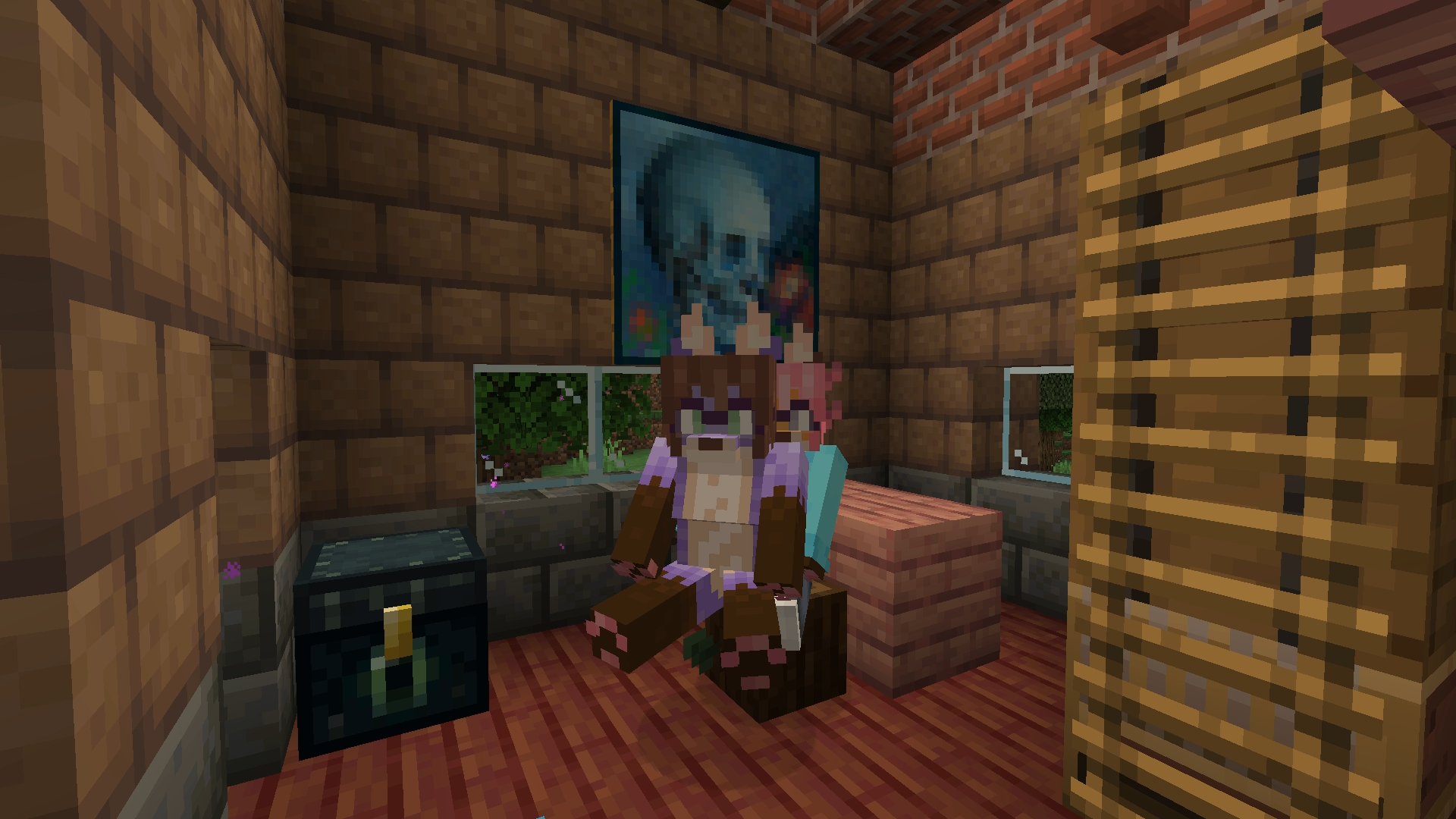 While sat on the laps the player can only do rotations, no translations. Same for the player who shares their laps.

The reason this feature exists is that I had seen some people ask for it, and it genuinely sounded nice. In my culture it's a rather cute gesture which may be done by couples and close friend groups.

It's also something you would see during the Christmas season with the tradition of sitting on Santa Claus' lap to tell him what you wished as gifts.

Now with this feature explained and proper cultural context in mind, let's see what's all the fuss about.

I published the mod to GitHub, submitted it to Modrinth which quickly got accepted, and to CurseForge.
I found it weird it took longer than usual for the latter. I quickly knew why:

Hey, after some deliberation we have decided to reject your project. While we understand that you created it in good faith, we are afraid that other users may use your mods in a lewd or inappropriate manner due to how the animation looks like.
CurseForge

My first thought when I saw this was "What in hell? How could this be?". So I went to ask around on the CurseForge dev Discord guild, haven't really gotten an official answer from there, but it sparked quite the debate, with several people agreeing that lap sitting isn't an issue, though culture differences could be a thing.

I was honestly pissed off, spent quite a few hours on making a mod that I genuinely found cute, that several people found cute. I had lot of positive feedback from my own community, from Quilt's community, and Modfest's community.

And honestly, for that kind of concerns, there is already other worse or equivalent mods already hosted on CurseForge (more on that later).

"Surely I can appeal this rejection?", and so I tried.

With a good friend we went and wrote an appeal ticket.

The ticket mentioned that a large number of people whom none had any issue with it and instead being supportive of the mod, that I feared that the moderation could be acting on their own culture only and disregarding other cultures. It also had some anonymous quotes from some debates, and a question on why this mod was more inappropriate than some mods that are already being hosted.

The support service announces an estimated 3 business days for a submitted request/ticker, it being a little longer I can accept. Though I had to wait 2 weeks to get an answer, which I only got after publicly complaining in the CurseForge dev Discord guild. This was honestly quite demotivating.

And all of that to get answered that:

After further deliberation and careful review of your project, we have decided to reject your appeal.
While we understand that there is no malicious intent behind this mod, users may still use it in a lewd or inappropriate manner due to how the animation looks or implies. If you wish to remove specifically the action of lap sitting from the mod, we are willing.
CurseForge

I was effectively told to submit a demo version of my mod instead.

Someone mentioned that they thought demo were disallowed on the site, turns out it's fine as long as you don't point out to additional features in exchange of money. ​

The Issue With The Reason

To this day, I am still unsure how users may use my mod in a lewd or inappropriate manner, despite asking for an explanation. As I explained earlier, you cannot do any translation movement, reducing severely any chance to depict a lewd scene.

Meanwhile, you can create lewder scenes in the Vanilla game, simply with two players and a bed: a player rapidly sneaking on top of the bed would make this rather obvious. But this is fine since it's in the base game I guess. ¯\_(ツ)_/¯

And like, as I said, there are other hosted projects that are much lewder and less appropriate than simply lap sitting. Here's a few examples, be mindful of the content warnings:

For my quest of answers, I asked about those mods. So far I've been told they're investigating them.

I have several issues with CurseForge, ranging from extremely bad UI, having disregarded accessibility, not being able to reply to some of the comments on my own projects without editing the CSS rules, and more.

But moderation on that website is a whole can of worms.

Let's start with the first thing to notice: inconsistency.
The moderation is very inconsistent, some authors can upload multiple mods that might be extensions which means said mods will have similar descriptions but adapted for the proper context, but some of them might require modification after review, because the "summary isn't fitting", or the "description is too short/non-descriptive", while in all of these cases the summary or descriptions were literally saying what the mod did.

And as you can see here with my little list of mods, it's also not consistent: why is my mod inappropriate but those are not? I can understand that a different moderation team was in place before and had different rules. Though, I've heard that CurseForge has a tendency to not request modifications after a project got approved, that's kind of a recipe for inconsistent moderation and unfairness.

Second issue, reporting is a black box.
CurseForge has a way to report projects and comments directly on the website, which is neat, until you see the dialog and you realize you will never get a notification on whether the report has been reviewed or not. It's basically hit or miss.
It's even more frustrating when the comment in question is on your own project: if you delete the comment you have to report the account, but how am I guaranteed the context will be found and consequences will happen? Reporting then deleting the comment apparently internally resolve the report too.
So the best way to know if a comment has been actioned upon due to a report is to simply not delete it and report it.
So far a transphobic comment on the page of my mod Aurora's Decorations has been up since the 16/09/2022 to the 22/09/2022, which represents almost a week of up time. I do understand that CurseForge is a bit behind on report processing, but not being able to delete the comment to make sure the report will be actioned upon with a proof for so long is not good. I really hope that future website updates will take time to improve this system.

For you? It depends, if you agree with me and with the issues I pointed out in the list of questionable mods earlier, you can give a go with reporting them, but make sure to provide a detailed report to not give room for doubt. If you agree that this mod should be on CurseForge, I guess you can try to make them aware of it on either Twitter or other community spaces, but be respectful when doing so. You also can look into Modrinth which so far has proven to be more friendly and efficient moderation-wise.
And if you disagree with me, then I at least hope you enjoyed the read.

For me? Well, as you can see I wrote this post, to hopefully not let this go on ignored and make people aware of CurseForge's actions and my general disappointment. I don't think I will take the offer to upload a demo mod. Lap sitting is the part I took the most time to develop and I was genuinely proud of it, and being told to just discard it hurts my feelings. It's also genuinely a pain to maintain, there's chances for that mod's curseforge build task to remain forever disabled.

To conclude, this has not been a fun journey.
I hoped this ModFest would have gone smoothly and be able to share some much needed love, turns out not.

This also reminds us to not let monopolies take over. At least I have still the possibility to host the mod on Modrinth, but it's saddening that this mod might get forgotten because it's not on the "de facto" mod host: lot of modpacks won't be able to include it either...

I hope we all can learn from this.